Where We Are Now

This is Dennis from Burbio. Below is our weekly update. Feel free to share.

We saw a smaller increase in disruptions this week versus the November period.  Some districts are closing for days in advance of Christmas. We present maps comparing the scope of the two big disruption spikes of the year - the mid-August to mid-September period versus November - and note trends around mask-optional districts, Superintendent notes about student behavior, and retention bonuses.

To date we have now tracked $40+ billion of ESSER III allocations from over 1,600 districts that make up 39% of US K-12 students and we offer some additional perspective on that spending.   More below. 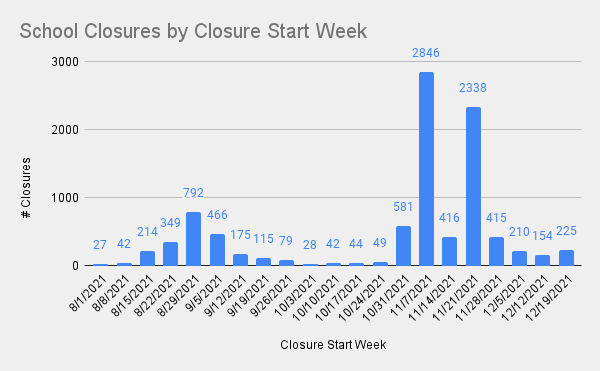 Inform your decisions, make the most of your resources, improve your forecasts.